My modest collection of American writers published in the Penguin Modern Classics series begins with Ambrose Bierce’s ever popular Devil’s Dictionary. We could use some of his scepticism in these politically correct days.

William Faulkner is the next in alphabetical order, and I appear to have only his novel Sanctuary in the Modern Classics, though have another of his books in a standard Penguin edition.

The sublime, in my opinion, F. Scott Fitzgerald is well represented in my library and I have several in both Modern Classic editions and standard editions. The Great Gatsby is one of my all time favourite books, and I consider it a perfect novel. No one writes party scenes with as much panache as Fitzgerald does. 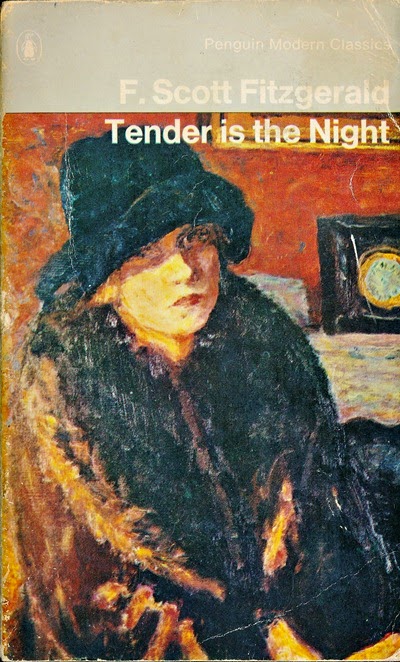 A  lone Ernest Hemingway collection of short stories is all I have in the Modern Classics, but it has a great cover by Paul Hogarth. 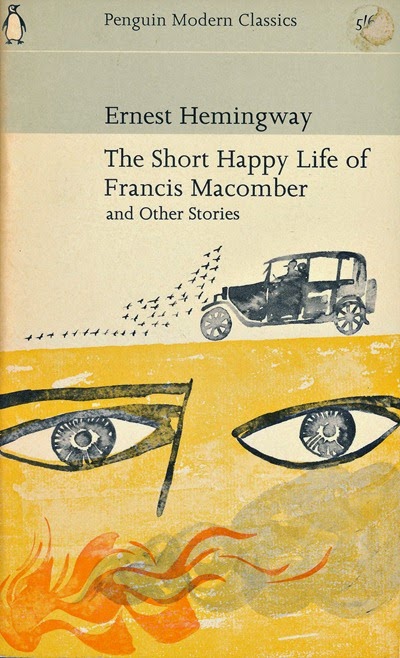 Several of  the Penguins in my collection I acquired for the Literature course at University, and I recall Henry James’ Portrait of A Lady was one of the books on the curriculum. The others I no doubt purchased separately after taking a liking to his prose.

The ancient editions of Portrait of A Lady and Washington Square have cover illustrations by Philippe Jullian. 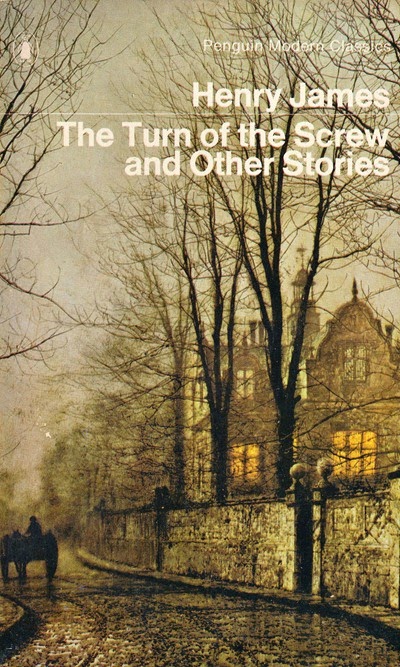 Next, three classic American novels - Jack Kerouac’s On The Road,  J. D. Salinger’s Catcher in the Rye and Of Mice and Men (& Cannery Row) by John Steinbeck. 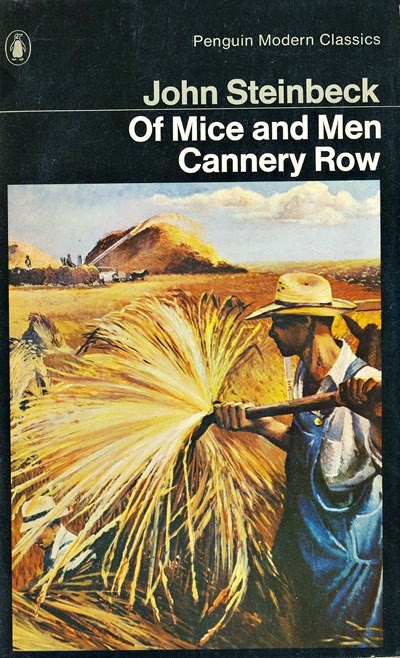 I have previously displayed the Berkley paperback editions of  the Edith Wharton novels in my collection. Below are two more published in the Penguin Modern Classics series.

Finally for American classics, In The Money by William Carlos Williams. 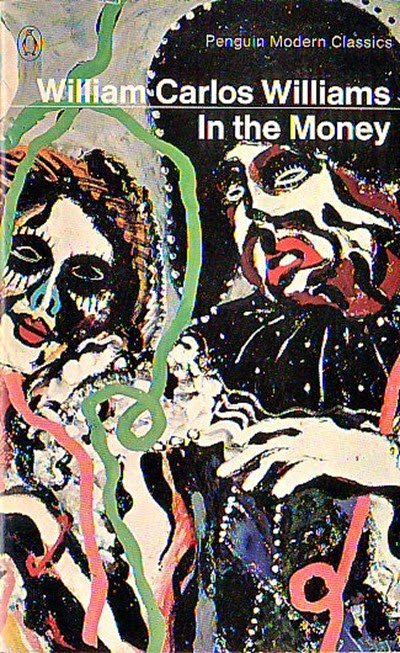 There are only four writers represented in my German modern classics, chief of which is Hermann Hesse. When I was a young thing, I identified with Hesse’s novel Steppenwolf , but these days laugh at my youthful naivety and feel a tad embarrassed about it. Still, I must admit, the Penguin Modern Classics covers are quite extraordinary.

I do not have a copy of his novel Siddhartha, but I have a wonderful memory of going to view the 1972 film of the novel to check out its counter cultural credentials for the film distributors (Roadshow)  in their private cinema, before they released it. 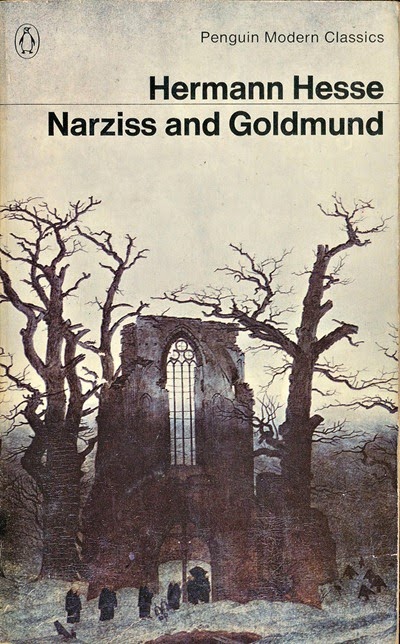 1972 edition – cover “Abbey Under The Oaks” by Caspar David Friedrich

Franz Kafka certainly needs no introduction, being one of  the most influential  writers  of the 20th century.  Haruki Murakami, Albert Camus, Gabriel Garcia Marquez, among others, admit to his influence on their work. 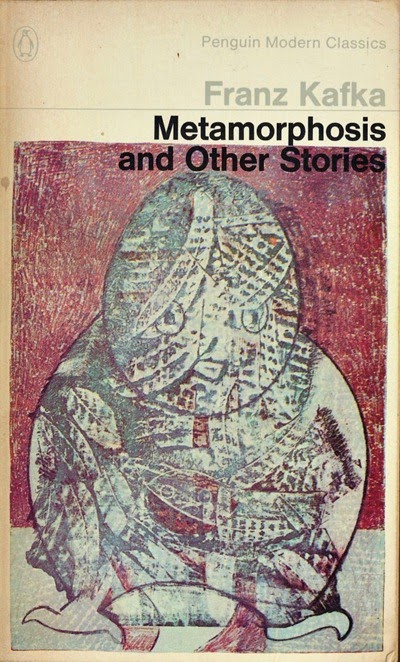 Alfred Kubin’s best known novel is The Other Side “a fantastic novel set in an oppressive imaginary land”. I’d forgotten I had this book. I vaguely recall reading it back in the 1970s, but can’t remember a thing about it. 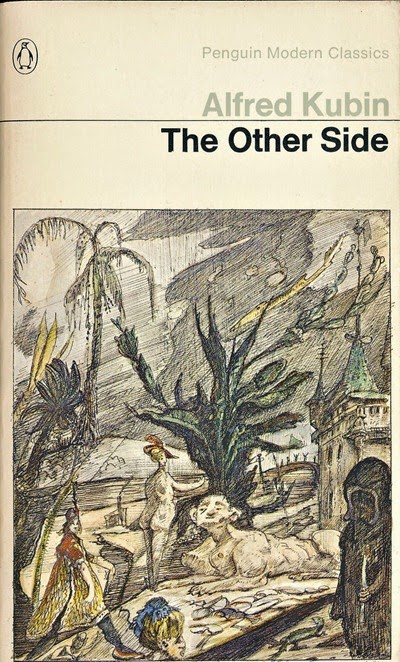 Finally for the Germans, Thomas Mann, who was  also very popular back in the 1960s and 70s. For some reason I have two copies of his novel The Holy Sinner published in different decades. The most memorable of his novels for me is The Magic Mountain, but I have lost my copy of the book. 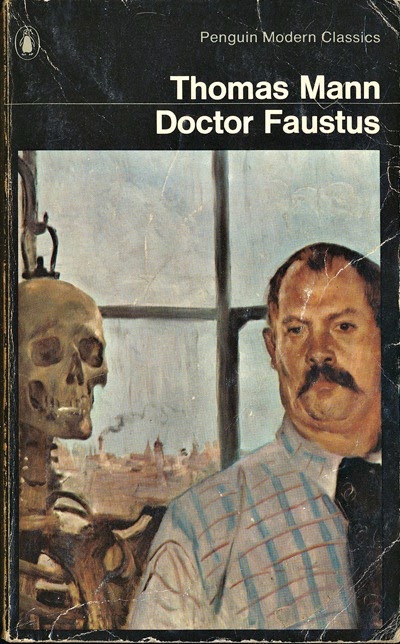 It has been decades since I last read most of the books in the Penguin Modern Classics series, so I can hardly remember what they were about. Whether I’ll ever get around to reading them again is questionable. Besides, having been tucked away on bookshelves for so many years, I dare say they would disintegrate upon opening; the glue that holds them together having well and truly dried out.

So first up in the French Modern Classics I present ancient paperbacks of Albert Camus. It’s amazing that I can still remember the opening sentences of The Outsider – “ Mother died today. Or, maybe, yesterday; I can’t be sure”

Blaise Cedrars was Swiss born, but became a French citizen in 1916.  I have only one of his novels, that being  Moravagine. 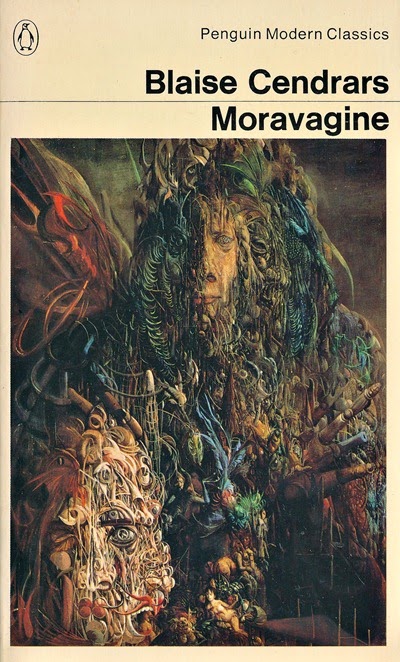 Two early modern classics by well known French luminaries, Les Enfants Terribles by Jean Cocteau and Ripening Seed by Colette. I have a large collection of Colette’s books in Penguin editions, but Ripening Seed appears to be the only one I have in the Modern Classics series.

I must admit that the next book, Le Grand Meaulnes, the sole novel of Alain-Fournier, was a great favourite of mine when I was in my early twenties. It is one book I really must reread before I die.

I also have a hard cover edition (in French) with a lengthy introduction and biography of Fournier (in English) by Robert Gibson. 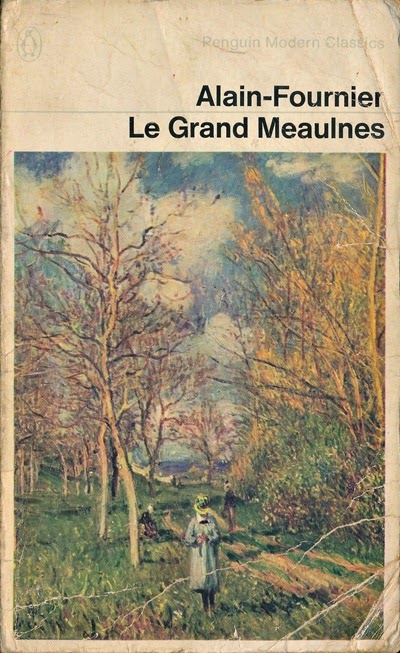 The novels of André Gide are well represented in the Penguin Classics series and I appear to have four of them.

Thérèse (Desqueyroux) is Francois Mauriac’s best known novel, chiefly for its unusual structure, which uses internal monologues to illuminate the thoughts of the characters.

Raymond Radiguet died at the young age of 20, but authored the scandalous (at the time) novel, Devil In The Flesh. Penguin included it their modern classics series in 1971.


And finally for French Modern Classics, Wind, Sand and Stars by Antoine de Saint Exupéry, author of the The Little Prince. 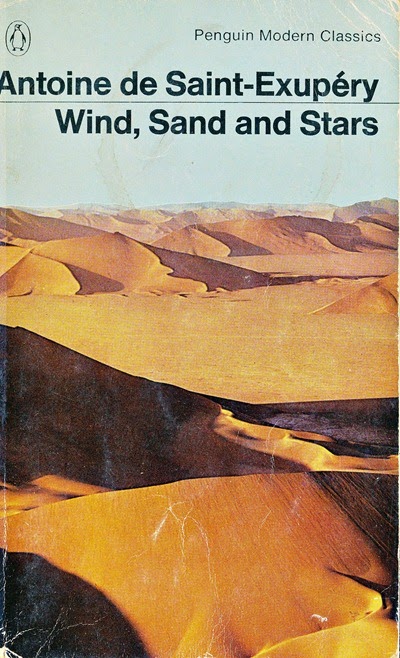 I first discovered the writings of Mervyn Peake when Penguin published Titus Groan and Gormenghast in the Penguin Modern Classics series in the late 1960s. It was love at first read, and I went on to collect as many of his books that were available at the time and during the 1970s. Titus Alone was published slightly later in 1970 by Penguin. 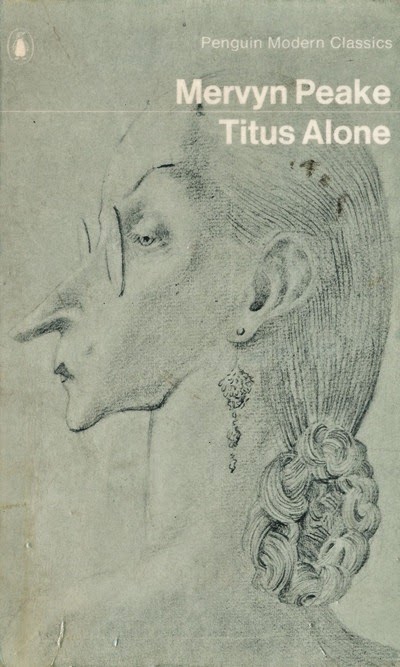 I have earlier displayed my diversely published collection of books by John Cowper Powys, and here’s another one – Wolf Solent, the book that put him on the literary map in the late 1920s.

The Green Child is the only completed novel by literature and art critic, Herbert Read, and is a  mysterious political fantasy.


Stevie Smith was a friend of George Orwell and purportedly based two of the  male characters in her Novel on Yellow Paper on different aspects of his personality. 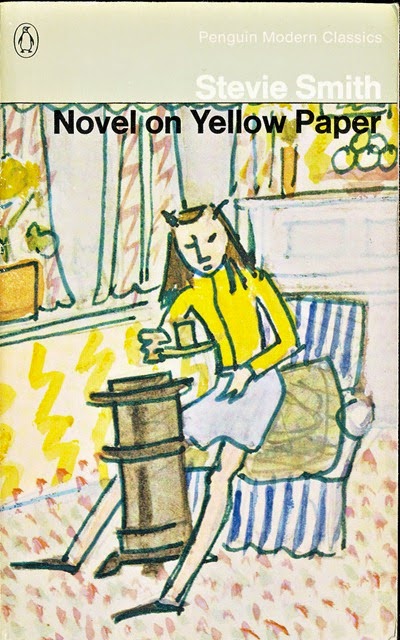 1972 edition – cover “Self Portrait” by the author


Lytton Strachey was of course one of the Bloomsbury Set and penned a number of biographies of famous historical figures. I have two of them…

Evelyn Waugh is represented in my library by two books, both satires – The Loved One about the funeral business, and Scoop, a satire on sensationalist journalism.

I am currently reading Helen MacDonald’s wonderful memoir
H is for Hawk which recently won the Samuel Johnson Prize for non fiction. Not only is the book about the training of her Goshawk, Mabel, she also muses on the sad life of T H White and his book on the same subject. T H White is famous for his collection of Arthurian novels assembled as The Once and Future King. 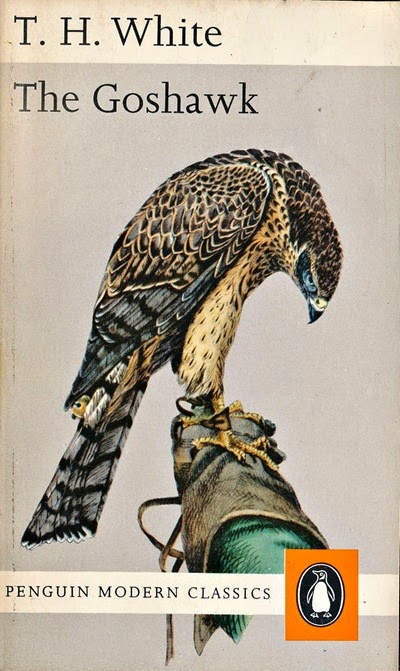 1970 edition – cover is an engraving by Broderick