I appear to have very few books by both these authors - only three in the case of Philip Dick and two Delany novels.

Be that as it may, I do have my favourite PKD novel The Man in the High Castle in an elderly (1965) Penguin edition with the cover being a detail from Max Ernst's painting The Petrified Forest . 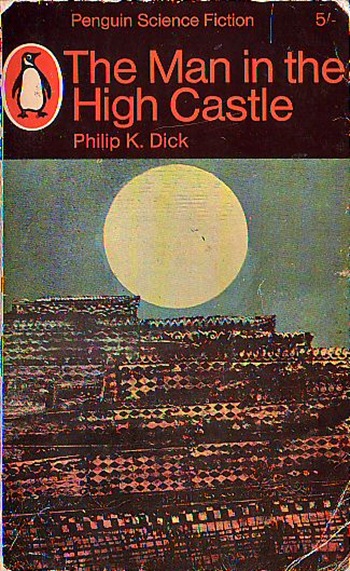 Also in an old Penguin edition is The Three Stigmata of Palmer Eldritch. My edition of Do Androids Dream of Electric Sheep was released about the time Blade Runner, one of my all time favourite movies, was released. Before then, it was a pretty impossible book to find.

I can't remember much about Samuel Delany's Fall of the Towers, but do recall being very taken with it as I was by Tales of Neveryon. The latter affected me much the same way as when I first read Edward Whittemore.