It’s back to more conventional crime fiction this evening, starting with Barbara Vine, who is in fact Ruth Rendell  writing under a pseudonym.

Vine’s books are more psychological thrillers than straight out detective mysteries; nevertheless are quite engaging to read. 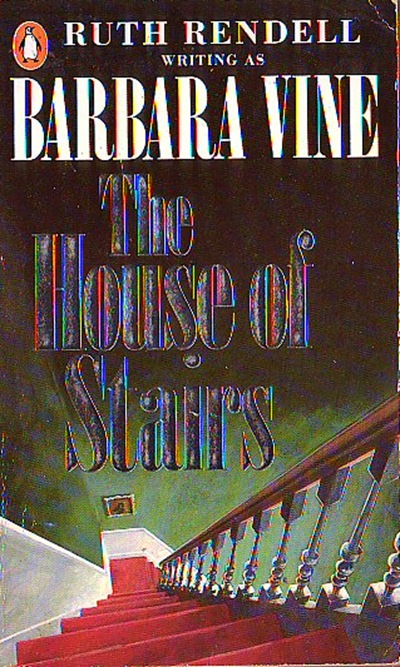 The Miss Silver detective novels of Patricia Wentworth have been compared to Agatha Christie’s Miss Marple novels, in that Miss Silver is another spinster lady sleuth. I must admit I haven’t read Patricia Wentworth for years, so can’t compare the two. You have probably noticed I have not displayed any Agatha Christie novels. This is because I don’t have any in my library, though I have read a few in the past and watched the television adaptations. Anyway, I appear to have only two Miss Silver novels.

The paperback edition below was published by Zebra Books in 1987. 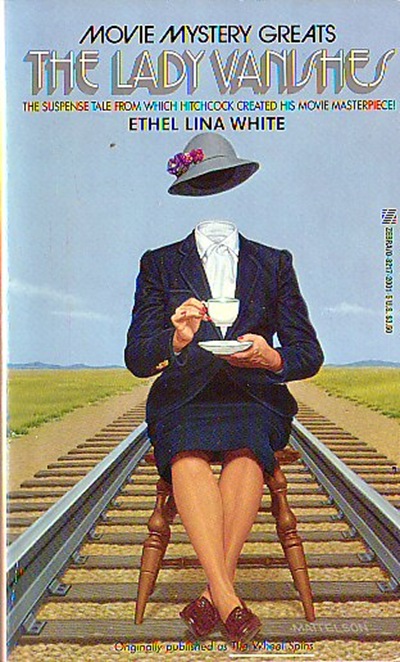 I will be concluding the crime fiction shelf next post, with one of the greats of the genre – the noir thrillers of  Cornell Woolrich.

Robert van Gulik, like Janwillem van de Wetering, led an interesting and widely travelled life. He is famous for the Judge Dee novels, a series of novels set in ancient China, featuring the semi-fictional character of Judge Dee who is based on the historical figure Di Renjie, magistrate and statesman of the Tang court.

I have a small collection of the Judge Dee novels in my library several published in a uniform edition by University of Chicago Press in 1977, and two large format Dover books. They all contain illustrations by the author. 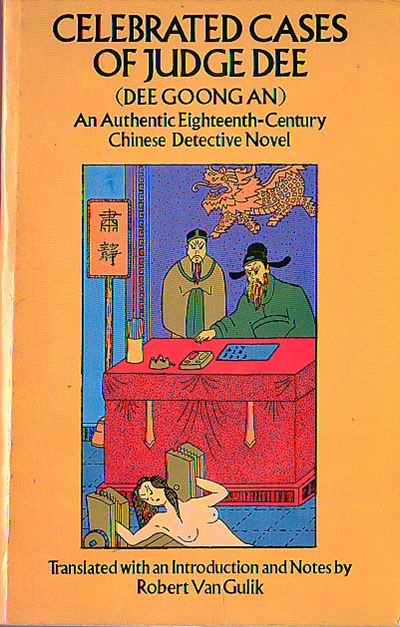 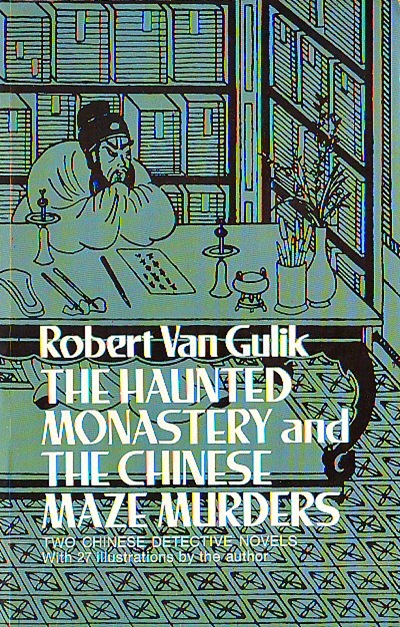 I am drawing to the end of my crime fiction collection, so should be able to polish them off in the next post or so. Coming next Barbara Vine & Patricia Wentworth.

Tonight I bring to you the wonderful detective fiction of Janwillem van de Wetering, who wrote a series of novels set in Amsterdam, featuring Grijpstra and De Gier who work as detectives for the Murder Brigade of Amsterdam Municipal Police.

van de Wetering had an interesting and adventurous life, which included a stint working for the police, in the Amsterdam Special Constabulary. He was also a practising Zen Buddhist. His novels are quirky with an off beat humour. He died in 2008, so alas no more Grijpstra and De Gier  novels.

I have a pretty good collection of his novels, some in British paperback editions, some in US editions.  In chronological order they are as follows:

I have two hard covers as well – The Mind Murders & The Street Bird which I have previously posted. I’m missing the later novels published in the 1990s.

Well, I seem to have got back into the swing of things, so coming to you tonight is another crime fiction post,  starting with a couple of novels by famous crime writer Dorothy L Sayers these being Busman’s Holiday and Strong Poison, which appear to be the only two of her books I possess and possibly even read.

Steven Saylor has written a series of mystery novels set in ancient Rome. I acquired these as I had (and still have) a fondness for Lindsey Davis’ Falco series which are also set in ancient Rome, but under a different emperor (Vespasian). I will not be displaying Lindsey Davis’ books here as I have a complete collection and I can’t be bothered scanning them all.  Anyway, the Saylor novels are set during the time of Cicero and Julius Caesar and are an intelligent, interesting series of historical murder mysteries. 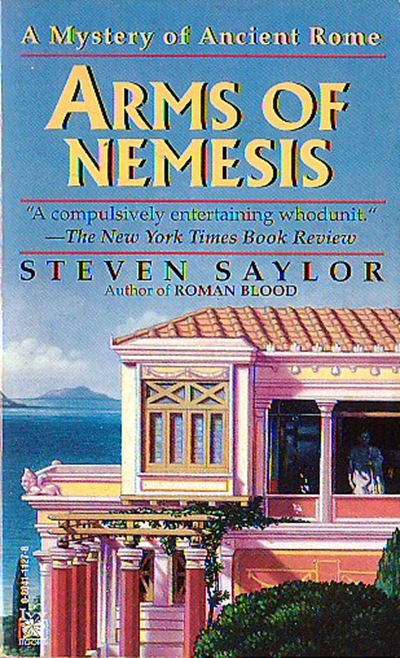 And finally for this evening, Japanese suspense – The Lady Killer by Masako Togawa. 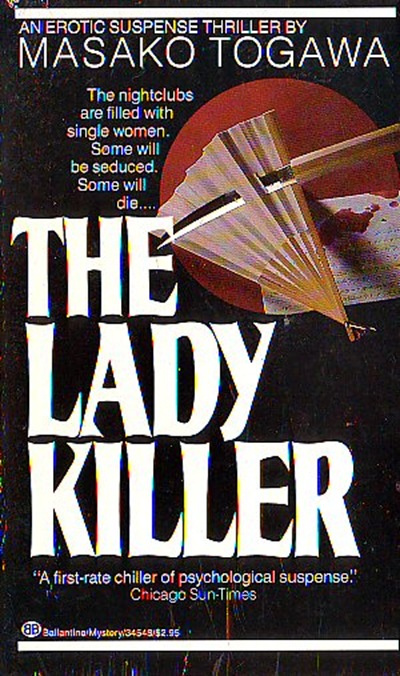 Coming next – the detective novels of Janwillem van de Wetering.

Moving on with crime fiction, the first book in this post is The Tanglewood Murder by Lucille Kallen, another Hamlyn Whodunnit publication. Lucille Kallen sounds like she was quite an interesting lady - the only woman in the celebrated gang of brilliant, zany comedy writers behind Sid Caesar's "Your Show of Shows." Check out the link above to read more about her. 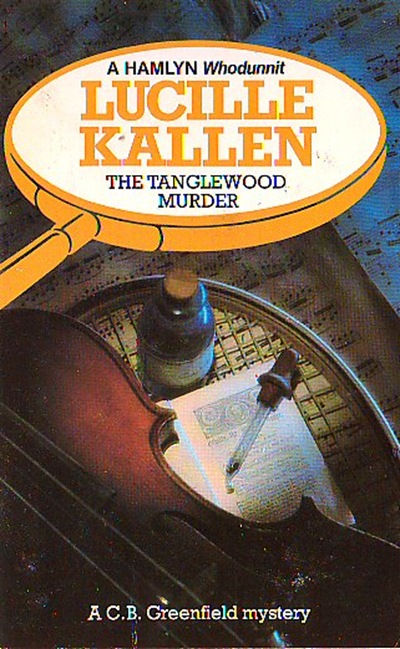 Ngaio Marsh is a name you don’t hear much about these days, but she was a very popular writer in the 1950s and ‘60s.  I haven’t read her books for decades, but a few of her novels are still floating around on my bookshelves.

Mystery Cats is an oddity, a collection of short stories featuring cats in crime fiction. It has a rather snazzy cover. 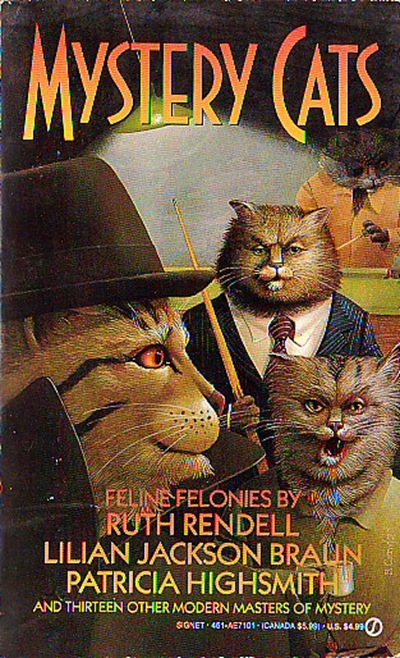 Back to standard crime detection, or perhaps not…

Edith Pargeter writing as Ellis Peters set a series of detective novels in 12th Century England featuring the unconventional Brother Cadfael as the medieval shamus. Pargeter was a prolific writer and wrote twenty Cadfael novels in all . I appear to only have the first of them in my library – A Morbid Taste For Bones first published in 1977. 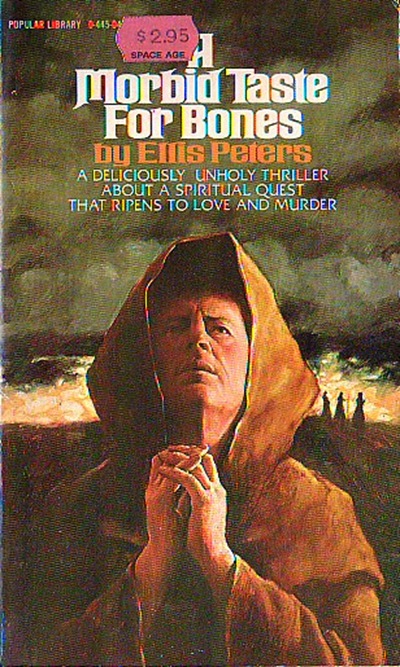 And finally for this post, A Trail of Blood by Jeremy Potter, another historical mystery novel dealing with the fate of the princes in the tower. It’s a rather good novel - I certainly enjoyed rereading it fairly recently. Potter was a member of the Richard III Society, so certainly knew the history of the period. 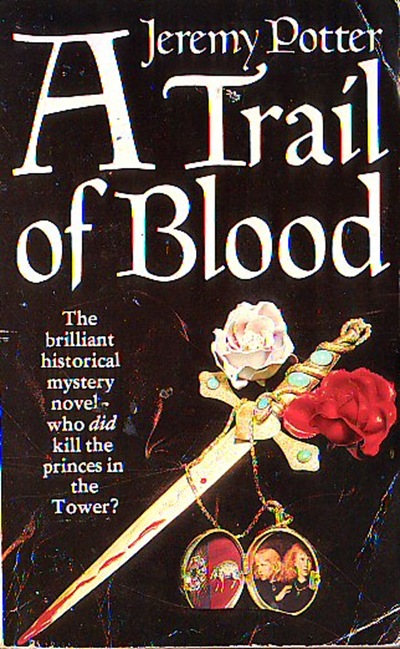 To continue with crime fiction, first up tonight are two novels in the Lovejoy series, written by Jonathan Gash pseudonym of John Grant, a medical practitioner. Lovejoy is an antiques dealer, and on the side engages in a spot of detective work. The books were made into a television series in the 1980s. They make for a light-hearted, entertaining read.

Next, another Hamlyn Whodunnit, this time by old style crime novelist Michael Gilbert. 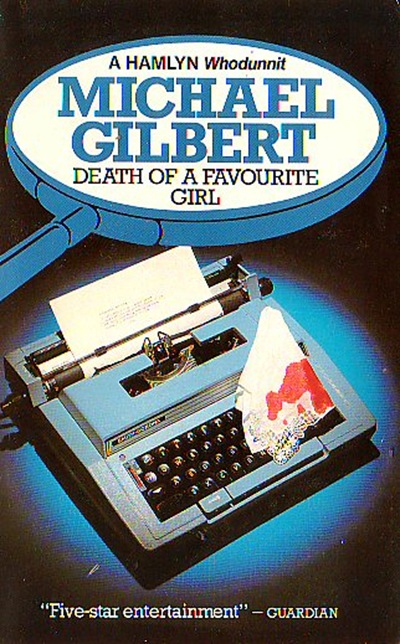 I have read only one novel by American noir detective novelist Stephen Greenleaf,  Bookcase, and I suppose you can guess why I was attracted to it. It’s quite a good novel as a matter of fact and the paperback has a great cover. 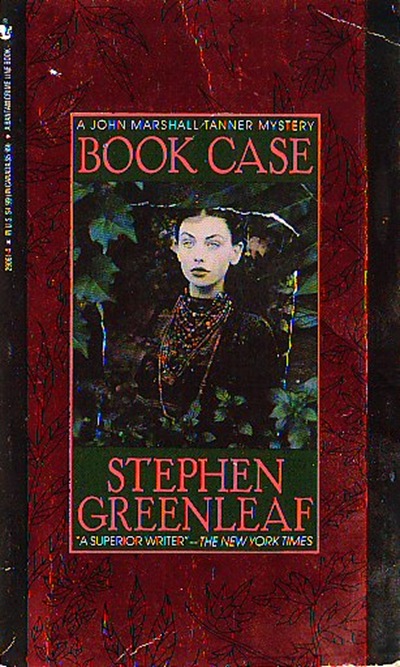 Dorothy B Hughes is another old time hard boiled detective  writer. Several of her detective novels were made into films, and starred such leading lights as Humphrey Bogart, John Garfield & Robert Montgomery. I have her three best known novels in uniform paperback editions published by Bantam in 1979. 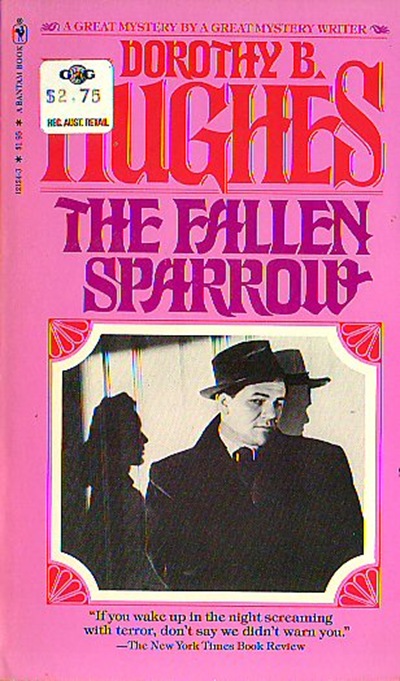 And to finish this post, a lone non Penguin Michael Innes novel, Appleby on Ararat. This novel is one of his most eccentric stories and highly amusing. This edition was published by Perennial Library in 1983. 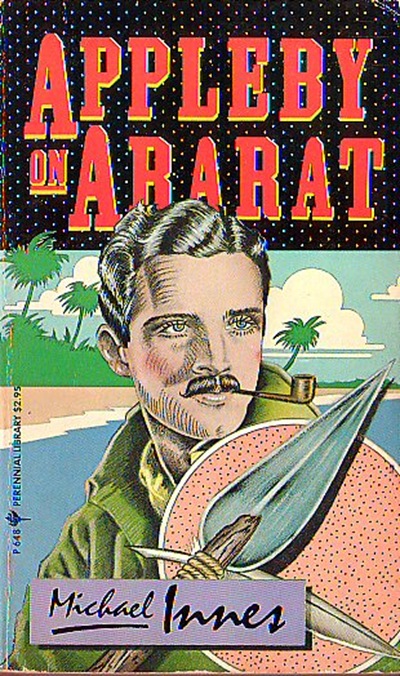 No,I haven’t forgotten my promise to keep ‘ em coming regularly, so here for your bibliophilic pleasure are the detective novels of singing crime novelist Kinky Friedman.

Kinky writes in his own idiosyncratic style replete with one liners and political incorrectness and a big heart. His books, starring himself as the intrepid investigator, are entertaining and funny to say the least. You can now buy them in ebook format directly from his site. I notice a few I haven’t read there, so might avail myself of the opportunity to complete my collection.

Without more ado, here is my incomplete collection. I’m missing the first Faber omnibus, which I actually managed to get signed by the Kinkster when he was touring some years ago. Who knows who I loaned it to, but I wish they’d give it back. 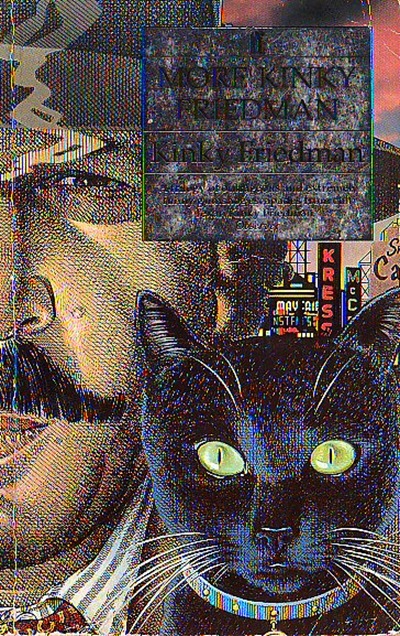 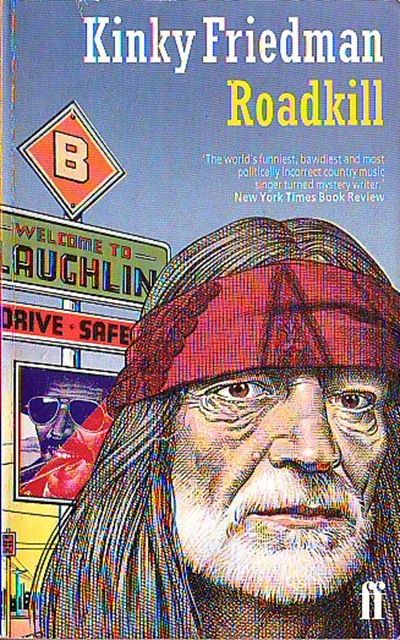