For the next however many posts it takes me to write about old paperback crime, I trust you will find it amusing, edifying and of course, eye pleasing.
I’ll start with Penguin Crime, which was distinguished in the 1960s and early 1970s with classy covers. I don’t have than many of them, but do have a smallish Penguin Crime collection.

First The Beckoning Lady an Albert Campion detective mystery by Margery Allingham, published by Penguin in 1978. 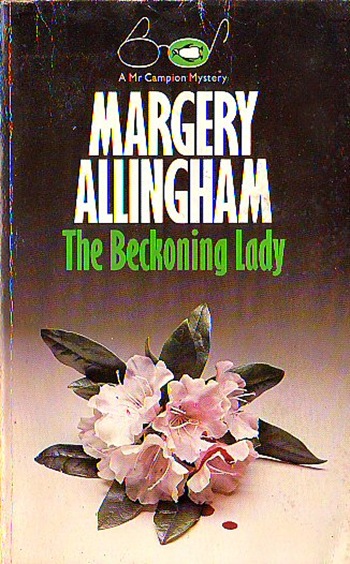 John Franklin Bardin is best known for three novels The Deadly Percheron, The Last of Phillip Banter and Devil Take The Blue Fly, which were published in an omnibus by Penguin in 1979. They are noir psychological thrillers, very atmospheric and excruciatingly tense. The Deadly Percheron cracks a mention in the film Mona Lisa. 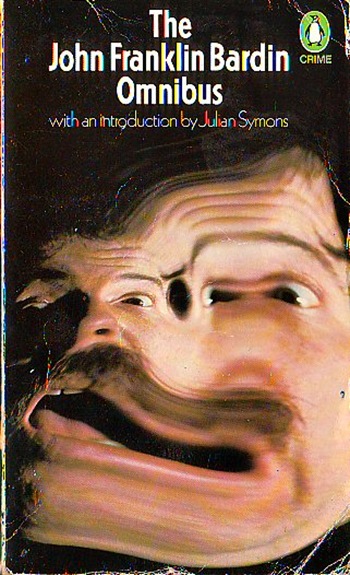 I don’t know much about about Sarah Caudwell or remember anything about this novel of hers in my crime bookshelf. (pub 1986) 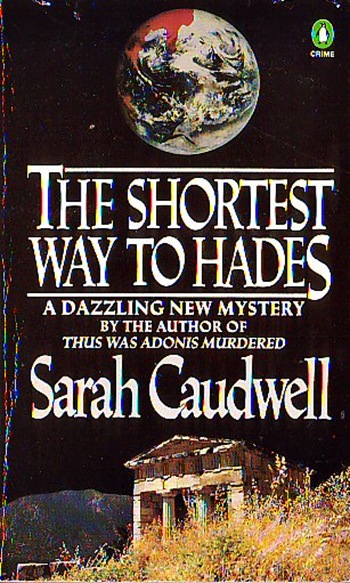 Raymond Chandler needs no introduction. The Phillip Marlowe novels still hold up after all this time and remain the classic hard boiled detective fiction on which all others are styled. These Penguin editions were all issued between 1976 and 1978. 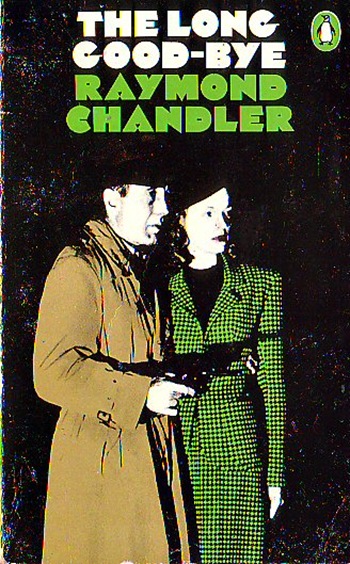 G K Chesterton author of the bizarre fantasy, The Man Who Was Thursday, also wrote a series of short stories featuring Father Brown. Penguin published The Complete Father Brown in 1981. 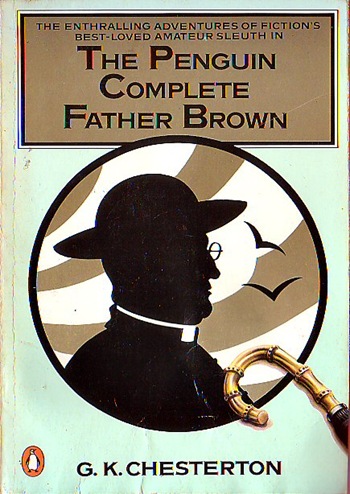 And finally for this entry a 1971 of Edmund Crispin’s The Moving Toyshop with a classic old green Penguin cover design . 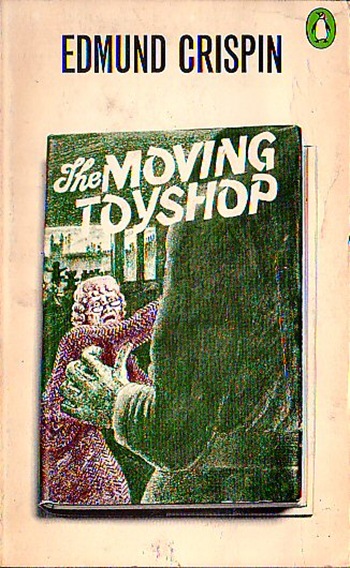 To be continued with more Penguin Crime
Posted by Anne S at 9:01 PM 2 comments:

A mishmash of styles and genres seems to be the case for this post. which is also the last for the time being in the General Fiction category.

To start, a curious fiction by Tarot Card designer (Rider-Waite Pack) and occultist, Arthur Edward Waite called The Quest of the Golden Stairs published by Newcastle in 1974, though it was not part of their Forgotten Fantasy series. 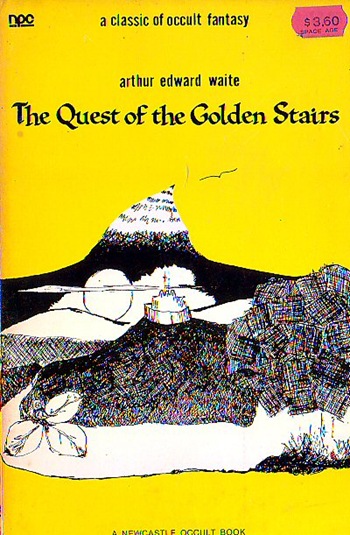 Mary Webb’s Precious Bane is a classic rural countryside novel. It is an extraordinarily moody novel, as bleak and lonesome as the landscape in which it is set. Actually, I have always had a fondness for this book, in the same way I appreciate sad songs. 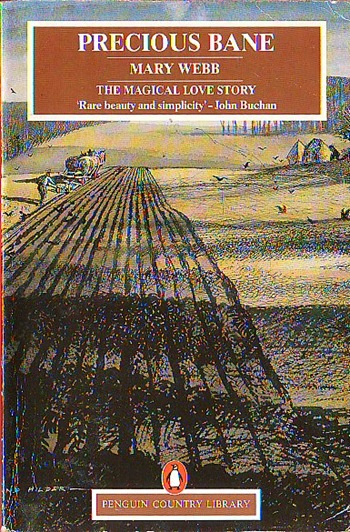 Marianne Wiggins is the ex wife of Salman Rushdie, but is also a fine writer in her own right. Probably her best known novel is John Dollar a female version of Lord of the Flies. I do have a copy of John Dollar somewhere, but the three below are others of her work in my possession, written in the 1980s and ‘90s. 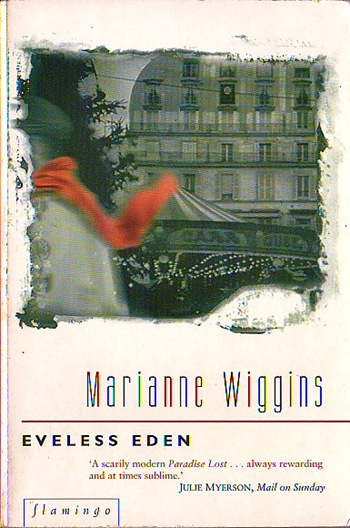 To continue with my Charles Williams collection, here are three more published by Eerdmans 1974, 1979 & 1980, the latter two having surrealistic covers by Jim Lamb. 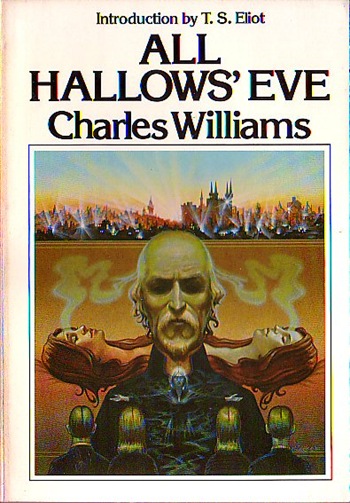 Monkey or Journey to the West by Wu Ch’eng En is a classic of Chinese Buddhist Literature. The definitive translation is by Arthur Waley. I remember being addicted to the TV series of it back in 1970s, which is no doubt why I have a copy of the book. 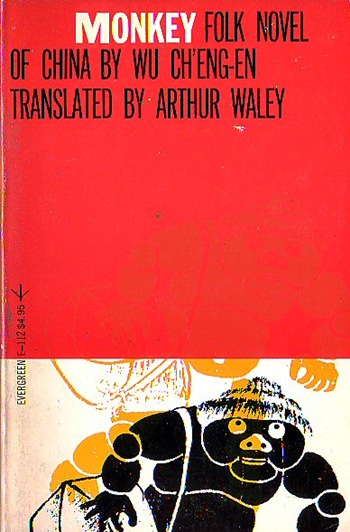 And finally Mythologies by Irish poet William Butler Yeats, studies of the supernatural based on Irish country folklore. This edition published by Collier Books in 1974. 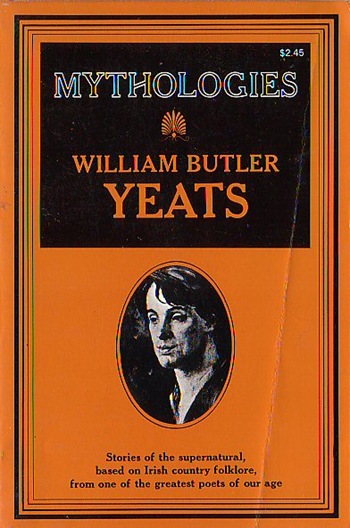 Coming up next – Penguin Crime

Now where was I… off somewhere? No, not at all, but just distracted by other things. Anyway, I’ve got myself back into the mood to post more book covers after a long hiatus, for which I apologise.

We’re still on general fiction for the moment, but I have scanned many more covers in the interim, and plan to tackle Crime Fiction after I’ve got through the next few posts.

First up The Master Key by Masako Togawa, a creepy Japanese detective novel set in a single ladies apartment block. 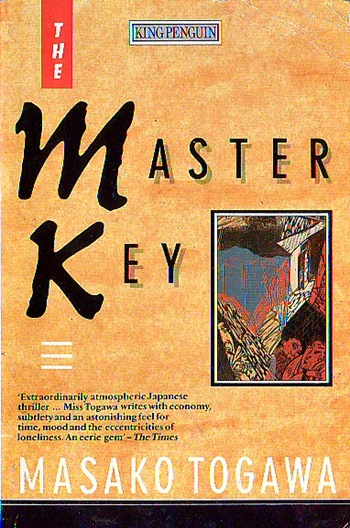 French author Michel Tournier won 1970 Le Prix Goncourt for his novel The Erl King which was a best seller here in Australia at that time. A black, savage novel of a misfit forced to serve the Germans as a prisoner of the Third Reich. 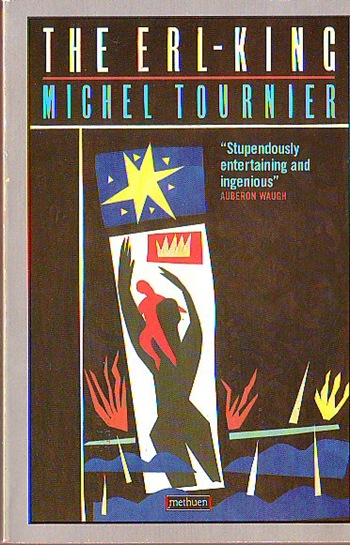 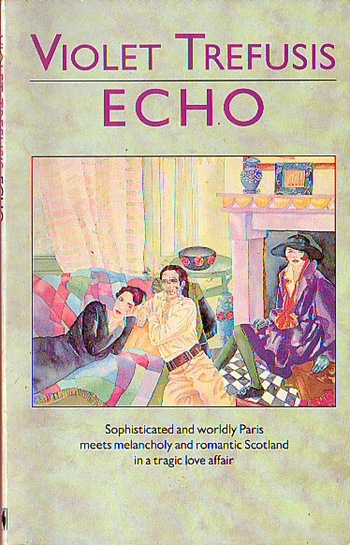 Possibly the finest of the writers in this post, is Rose Tremain, who has long been one of my favourite authors. I therefore have most of her books in my collection, mostly paperbacks, but at least three hard cover first editions. I recently picked up on a bargain table, a signed copy  her novel The Road Home. What distinguishes her books for me is how each of them is totally different to the others and how pristine is her prose style along with her skill in creating endearing and vivid characters . My favourites among her novels are Restoration, Music & Silence and Sacred Country (which has gone missing, but I have managed to acquire a Kindle version). 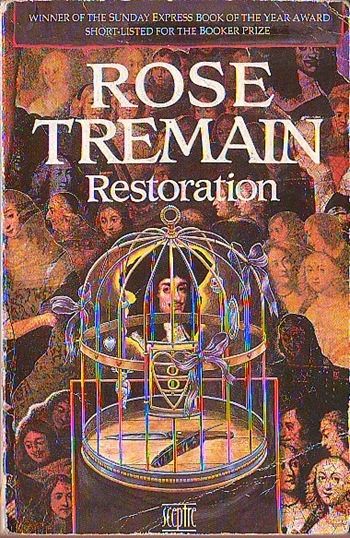 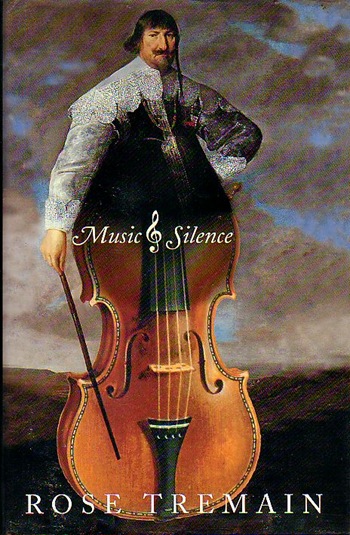 And finally for this entry, The Love Department by William Trevor. It’s a King Penguin edition of this 1966 novel, so has a rather splendid cover. 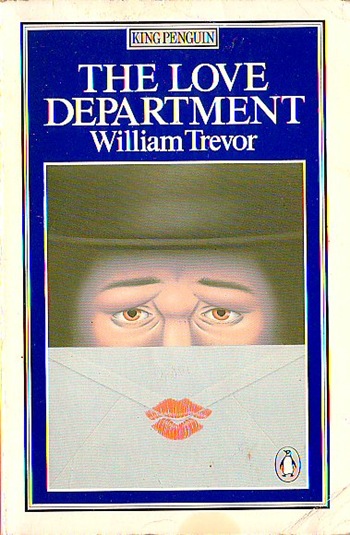 Next – the final post, for now, on general fiction before I launch into Crime.